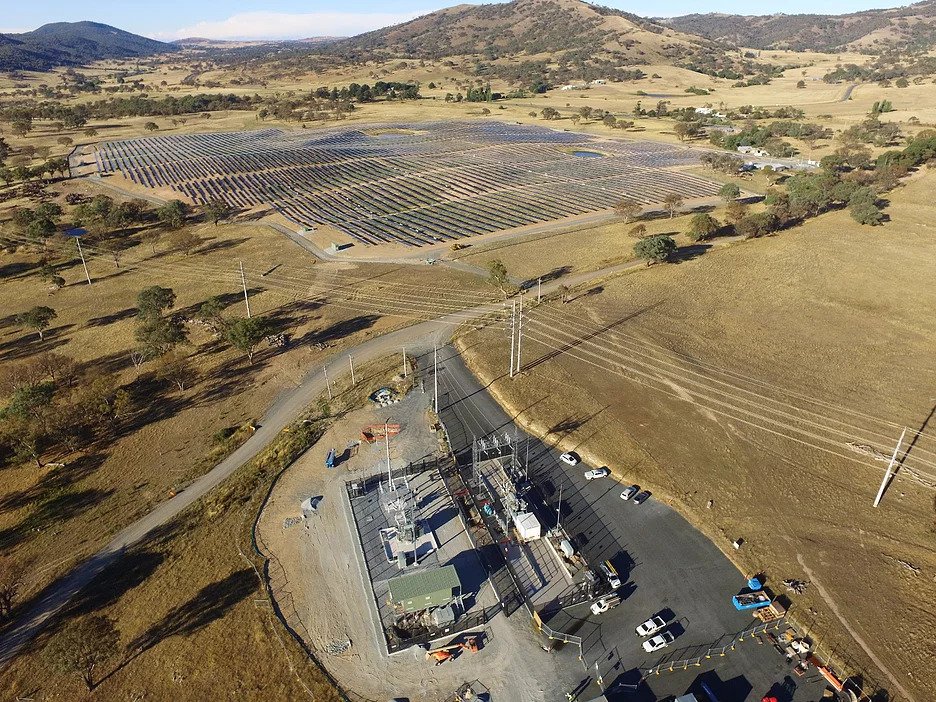 Technical Advisors for the full project lifecycle (from contract negotiations with the EPC through to owners engineers during construction, commissioning and the operational phases of the project)

As well as providing electrical and solar design expertise in house, CTP lead a consulting team working under sub-contract that included Civil, Structural and OH&S experts.

The Williamsdale Solar Farm is one of the projects awarded Feed-In-Tariff entitlements under the ACT state reverse auctions schemes, devised to achieve 100% renewable energy supply to the state by 2020. Originally planned for at a different site, near Uriarra, the project was shifted due to local objections. Our client Impact Investment Group acquired the project in early 2016 and funded the construction during 2016-17 also owning the plant now in a successful operational phase.

The project needed to be constructed under very tight time-frames due to the imminent expiry of the Feed-in-tariff (FIT) entitlements. This was further complicated with an EPC contractor building its first solar farm in Australia under the complex regulatory requirements of the ACT. Another complicating factor was the FIT entitlements required part of the site to be metered at HV and part at LV, leading to a late change in the AEMO registration with associated challenges in meeting the technical requirements of the updated plant configuration under extreme time pressure.

The solar farm was constructed and commissioned in time to secure its FIT entitlements and is performing well in its operational phase. CTP ended up playing a leading role in the commissioning of the solar farm and the technical portions AEMO registration, extending its role beyond that of a traditional Owners Engineer. A number of detailed technical negotiations were undertaken, firstly with ActewAGL to manage the costs of grid connection for the project, secondly with the EPC contractor as they related to variations claims and defects. Building on the success of the Williamsdale Solar Farm project, CTP is proud to be working with Impact Investment Group on a portfolio of solar farm projects with a combined capacity of over 70MWp.

“The Impact Investment Group is pleased to have been assisted by CTP in the development and construction of the Williamsdale solar farm. CTP was the key technical advisor and always provided professional and accurate advice. At times the team went above and beyond expectations by acting pro-actively to manage project challenges.”