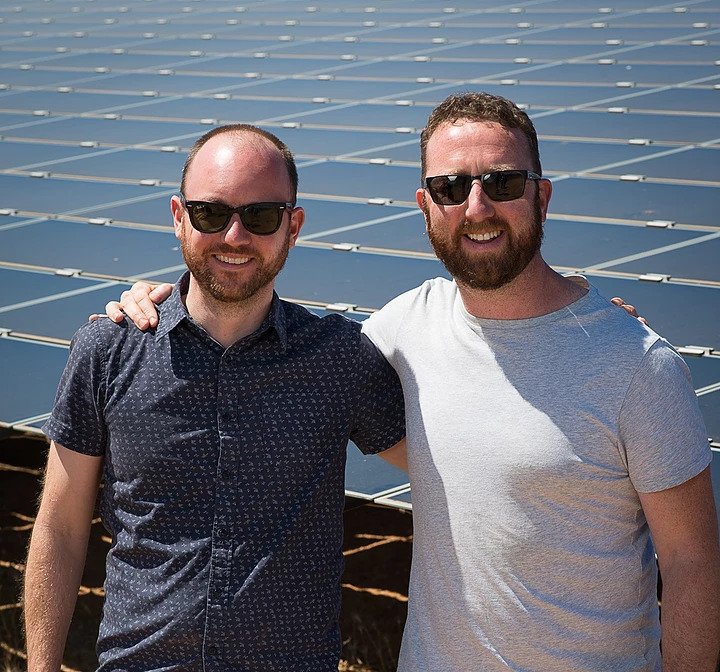 When Lachlan Bateman came home after a 5 year stint in the UK working for Solar Century, he saw a gap in the fledgling Australian Solar market. While loads of projects were getting off the ground, there was a distinct lack of quality engineering expertise available.

So in February 2011, out of a spare bedroom Lachlan started Clean Technology Partners (CTP). Less than a year later he was joined by fellow Solar Century alumni, Matt Haddad. For some reason, Matt had decided that moving halfway around the world to work at a solar start-up in Australia was a great idea (the weather probably had a little to do with it).

CTP quickly developed a reputation for delivering quality work and quickly took on larger and more numerous projects. It may sound like a fairy tale, but the risk was real. Even though multiple commercial solar PV projects were breaking ground in the early days, it was still a tiny industry and opening a company the only offered solar engineering expertise was risky.

Even though CTP were rapidly delivering engineering services to commercial solar projects, one question was continuously asked “How can you make grid connection easier?”. So in 2012 we launched the Gridbox. The Gridbox is a turn-key grid connection package for solar installers & retailers that includes a grid protection unit, approvals, commissioning and sign off for commercial solar. It has led to over 500 systems being connected to the grid and more recently the development and release of the substantially more advanced e-Cube in 2019, designed for small scale utility projects.

As the projects grew so did CTPs home base, we quickly moved out of the spare room, into a few different spaces before settling in our current location in Richmond.

Though the projects are getting bigger and more complex, the goal remains the same. “To enable the transition to a cleaner and more intelligent electricity system through engineering excellence”.

After 8 years, Clean Technology Partners is now one of the most respected engineering companies in the solar sector. We’ve taken over 1,000 solar PV projects from idea to ‘ready to build’. From the connecting Australia’s first utility scale solar farm to the National Electricity Market in early 2014 (Belectric’s Mildura Solar Park #1) to providing specialist services to the enormous 102 MW Nyngan Solar Farm, which at the time was the largest solar plant in the southern hemisphere and marked the start of large scale solar in Australia. Since then, solar at scale has become a mainstay of Australia’s energy industry and Clean Technology Partners has played a critical technical role in many of the countries landmark utility, C&I and hybrid solar PV projects.

So how did we go from two engineers in an office to a company that has played a significant part in Australia’s transition to clean, renewable energy? Simple, we invested in our people and processes – and have grabbed opportunities presented to us by some of the industry’s leading proponents with both hands.

We’ve got some of the best and most passionate engineers around. And not only are they good at what they do, they absolutely love it. Our team hail from all over the world and all have an engineering background and the appropriate certification to deliver the best services to our client. In just 8 short years, we’ve gone from 2 to over 30 employees and continue to grow.

We’ve also not done it alone. CTP has been the beneficiary of some significant leaps of faith from our early clients and key-stone investor. Established companies – that would typically look to multi-national engineering firms – have provided us with opportunities to prove ourselves-including the likes of Belectric, Australian Solar Group, ABB, Sunconnect, GPT, Energy Australia, Laing O’Rourke, Energy Matters/Sun Edison, Impact Investment Group, Future Energy (now BayWa wind), Apuron, Energy Aware, Delaware North, Renew Power Group, YD Projects, ERM, Lightsource BP and many more. In the very early days, we were fortunate to be the beneficiary of an investment by Hoch Rein, a specialist German investment house, with interests in many of the solar industry’s leading global players which brought a good financial base and a great contact book.

The 3 key areas that we focus on are:

Within these areas we offer services such as:

Like all good engineers, we’re always learning and growing. And will be looking to adding more services to our repertoire. In late 2018, the whole team took a trip to visit two of CTP’s first utility scale solar PV projects – Mildura Solar Park #1 and Swan Hill Solar Farm. For some this was the first opportunity to visit an operating large scale solar plant – for others this was a chance to reflect on how far we had come. To reflect this new phase in CTP’s journey, the team took the time to collective define a new set of company values, superseding those Matt and Lachlan devised ~7 years ago on Lachlan’s kitchen table – you can find the new values here.

With the pace that the solar industry (and the world) is moving. We can’t wait to be a par in what happens next.